You are at:Home»RC Exclusive»The plight of Nepali migrant workers amid the coronavirus pandemic

For decades, Nepal has been sending hundreds of thousands of its citizens abroad to work, particularly in the Gulf States and Malaysia. The country’s migrant workers, mostly taking up blue collared jobs, have played a vital role in keeping Nepal’s economy afloat whenever the country experiences political and economic instability through their remittances.

According to the recently published brief by Migration Data Portal, Nepal is the fifth-most remittance-dependent economy in the world, in terms of equivalence to GDP, with remittances accounting for 28% of the GDP in 2018.

But just as any other labour sending countries, Nepal has been directly hit by the global COVID-19 pandemic, as several destination countries were forced to deport foreign workers during this difficult time.

Seemingly overwhelmed by the sudden influx of returning migrant workers, the government of Nepal failed to come up with effective measures that would support and protect the interests of the workers abroad and the ones who have returned.

During the first phase of repatriation on June 05, the government required of Nepali migrant workers to pay for their own tickets and cover the quarantine costs. This move did not sit well with rights campaigners and prompted a group of human rights lawyers, including Anurag Devkota, human rights lawyer at Law and Policy Forum for Social Justice (LAPSOJ), to challenge the government’s order in court.

The petition filed by the lawyers resulted to the Supreme Court’s interim order for the government to use the Foreign Employment Welfare Fund, the government’s collective insurance program, for the repatriation of Nepali workers abroad.

“The government wasn’t very responsive towards upholding the rights of return in the initial days. However, a critical and continues advocacy and pressure from civil societies coupled with a directive order of Supreme Court, the government seems a little responsive in the recent time,” said Devkota.

“The effort of government is very minimal if we equate it with the proactiveness shown by civil societies, judiciary and other non-governmental institutions,” added Devkota. 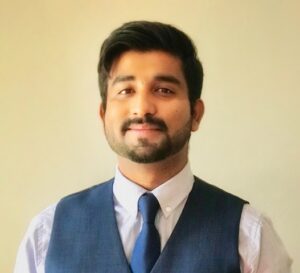 Civil society groups have been critical of Nepal government’s lack of decisive actions to protect the rights of migrant workers who were grappling with the ill effects of the pandemic.

Noticing the government’s lack of legal framework to help address and facilitate the return of migrant workers at the time of crisis in a country of destination, lawyers at LAPSOJ came up with a policy brief to advocate for the right to return of Nepali migrants stranded in various destination countries.

The brief aimed to present the government with recommendations in relation to the immediate measures that need to be undertaken in response to the COVID-19 crisis and the formulation of a framework to address and facilitate the migrant workers’ return.

“The brief was used as a guiding document by the group of civil societies in their joint effort towards right to return home campaigns. Although it wasn’t made public, the brief was a good reference for us to litigate on behalf of migrant workers to ensure their safe and dignified repatriation in Nepal,” Devkota explained.

“On that backdrop, the government has come up with the guideline for the repatriation of Nepali migrant workers, which is a win for us. Although not in a full-fledged manner, still the government has taken some steps towards our recommendations.”

Repatriation is not the only challenge that Nepali migrant workers are going through at this time of crisis. In fact, going home is only part of more serious issues they have to deal with. Once they are back to the home country, many if not all of the workers were being perceived as potential carriers of COVID-19.

Devkota says, there has been a growing social stigma against the returnees, including social exclusion and discrimination and yet again, the government failed to effectively demonstrate its role as protector of their welfare in this unprecedented time.

Moreover, returning migrant workers’ access to health and medical facilities has been subjected to massive violations. Concerns over a severe lack of necessary medical equipment and infrastructure compelled thousands of Nepali protest against the government’s handling of the coronavirus crisis.

Standing up for Migrants’ Rights

The COVID-19 pandemic has only exacerbated prevalent issues on both human rights and labour rights in Nepal’s global migration.

Overcrowded accommodation facilities where safety measures like social distancing are impossible to implement, and employers’ unreasonable schemes such as wage cuts, no pay, forced labour, termination of contracts without causes, unpaid leaves, and social securities were recurrent examples of these violations.

The People Forum for Human Rights (PFHR) in April filed a petition for the return of migrant workers in the country’s Supreme Court, saying the lives of the migrants were badly disrupted by lockdowns, movement restrictions and the closing of businesses in countries where they work.

As a result, Nepal’s top court ordered the government that initially barred its own citizens from returning, to repatriate distressed migrant workers stranded abroad by the coronavirus pandemic.

Human rights campaigners and defenders like Devkota admit that more needs to be done to make the short–term and long-term support for the Himalayan country’s migrant workers become sustainable, given the fact that Nepal and all destination countries are simultaneously affected by the rippling effects of the global pandemic.

“We need to exhaust all possible avenues including domestic, regional and international avenues to help redress their rights. For me, high level political and diplomatic channels look like the most viable option in this current situation,” said Devkota.