You are at:Home»RC Exclusive»Right to life: Synergy of biodiversity and human rights

Biodiversity and human rights are not often thought of in the same context, when in fact, the two issues are very much interconnected.

The survival of every human being relies on biodiversity or the biological variety and variability of life on Earth. Every human is dependent on thriving biodiversity, healthy habitats and ecosystem services, including forests that help prevent floods and landslides, coastlines that serve as protection from changing sea levels, and wetlands that help regulate the ill effects of pollution.

Biodiversity has been the source of food, medicine, clothing, and shelter, as well as the physical, psychological, and spiritual well-being for all human beings. In turn, humans have developed knowledge of plants, animals, and ecological processes, and therefore contributed to the development and preservation of the planet’s landscape.

Unfortunately, biodiversity is depleting. Habitat loss and human activities have been posing a threat to plants and animals in the planet. A study estimates that one million species face extinction within decades and humans have altered more than 75% of Earth’s surface, according to a 2016 research.

Human beings have increasingly disrupted the balance of biodiversity through conversion of natural habitats into farms, roads, and cities with factories harmful to the environment. And by overfishing, drilling and mining, people have abused the ecosystem services. 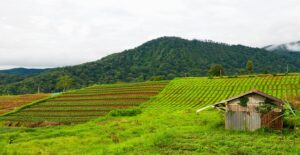 One’s achievement of the spectrum of human rights depends on thriving biodiversity; of healthy habitats and ecosystems. Every human has the right to food, clean air, water, sanitation, health and culture.

“There is definitely a connection between biodiversity and human rights. We have to remember that environmental rights are human rights. We have the right to a healthy ecology. We have a right to clean air, clean water and that’s all connected to sustainable development goals (SDGs),” said Mary Kristerie Baleva, external relations and policy specialist at the ASEAN Centre for Biodiversity.

Ms. Baleva, a human rights and environment lawyer, also stressed that understanding and acting upon synergies between biodiversity and human rights play a key role in the reforms that governments require to attain sustainability.

In the issue of biodiversity, human rights have individual as well as collective dimensions.

For individuals, the exercise of human rights through public participation and access to biodiversity-related information are necessary for a stronger collective engagement with states, businesses, organisations, and other key players in the preservation and sustainability of biodiversity and ecosystems.

States, on the other hand, have the obligation and responsibility to respect, protect and fulfil human rights for all without discrimination. Governments’ failure to take action to prevent biodiversity and habitat loss breaches this obligation, therefore violate human rights.

To stop biodiversity loss, governments are working on ambitious plans. One of the plans currently being discussed is the protection of 30% of land and sea across the globe by 2030. The goal is to reach 50% by 2050. Experts hope this plan will revive ecosystems and safeguard the diversity of Earth’s species.

The right to a safe, clean, healthy and sustainable environment is incorporated in national laws and policies of over 100 States and a number of regional agreements, including the ones forged by the 10 ASEAN member-states.

Over the years, hundreds of thousands of individuals have been exercising their human rights in the protection and sustainability of biodiversity, taking action in the preservation of wildlife, habitats, and the human rights and livelihoods that are dependent on Mother Nature.

However, environmental and human rights activists and defenders are constantly faced with challenges and dangers, far too often become targets of violence and killings as a result of their advocacies. 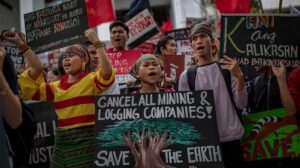 In 2019 the UN recorded 357 killings of human rights defenders, journalists and trade unionists, although the exact number which is believed to be higher is unknown.

Environmental rights activists also face multiple and intersecting forms of discrimination. In some parts of the world, like in Southeast Asia, environment and human rights defenders among the indigenous people were often charged with criminal offences and prosecuted without fair trial for defending their rights to lands against business developments, initiated without their free, prior and informed consent.

Concrete actions must be taken

Many states have drawn legislations, reforms and policies to protect biodiversity from harm and hold violators accountable, but many of them have not been well implemented.

Canadian conservation scientist Oscar Venter at the University of Northern British Columbia in Prince George said, targeting 30% of Earth’s land regions for protection by 2030, is not what the best science says, but rather more a reflection of what might be possible to get governments to agree on.

“The scientific consensus is telling us that we need [even]more ambitious targets,” said Mr. Venter.

Conservation measures that set aside the rights and needs of those who are most affected will never be effective, according to environmental activists.

UN Human Rights experts say that effective, accessible and gender-responsive accountability mechanisms should be established and implemented at the national level to ensure access to justice and remedy for biodiversity loss and associated human rights harms.

Other experts say that protected areas need policing and people who conduct illegal fishing, tree felling, hunting or pollution must be prosecuted, otherwise protection, conservation and sustainability goals will never be achieved.