You are at:Home»News»Asia News»Experts weight in on UK’s approach on human smuggling after UK truck deaths

The discovery of 39 bodies, mostly Vietnamese, in a truck in London last week cast a spotlight on the global trade of human beings and sparked a debate about Britain’s approach to tackling smugglers and traffickers.

About 10 percent of the suspected 7,000 slavery victims found in Britain last year were Vietnamese. Most are trafficked for labour such as cannabis cultivation and work in nail salons. 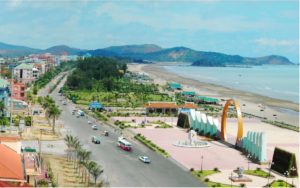 Nghe An province, Vietnam where most of the 39 found dead inside a lorry in UK came from. (Photo credit: vietnamcycling.com)

A British court heard on Monday that a global crime ring had been involved in smuggling the dead – many of whom appear to have come from Vietnam – as the driver of the truck faced charges of manslaughter and human trafficking. 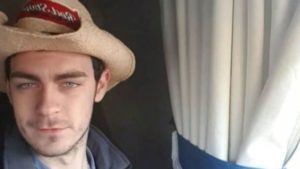 Maurice, “Mo” Robinson, 25, Irish lorry driver has been charged by the British courts with manslaughter along with other charges over the deaths of the 39 migrants. Prosecutors believe he is part of a smuggling ring operating on a global scale. (Photo source: Facebook)

On Saturday, Vietnam’s Prime Minister Nguyen Xuan Phuc told authorities to establish whether Vietnamese citizens were among the dead, and to probe allegations of trafficking.

Unlike trafficking, which is control over a person for the purpose of exploitation, smuggling is merely illegal entry into another country – although the latter can turn into the former.

Globally, more than 40 million people are estimated by the United Nations to be trapped in modern slavery as poverty, conflict and climate change fuel the USD150-billion-a-year trade.

Six anti-slavery experts talked to Thomson Reuters Foundation on how UK could prevent such deaths from happening again.

“This is a shocking illustration of the cruel and complex issue that is human trafficking in Britain today. Whilst we do not yet know the full details of the journeys that these individuals made, this case bears all the hallmarks of human trafficking. As we rethink our migration policies, it is essential that the needs of vulnerable migrants are front and centre. We need to ensure that new migration policies are stress-tested to ensure that they do not provide opportunities for the traffickers to exploit very vulnerable people.”

“The government and businesses must look at what the root causes, realising that people who are less educated are more likely to take these risks because they are poor. All the work has to be done before anyone leaves, as this all has to be done in-country. When you address the root causes, you will convince the Vietnamese that this is not worth the risk. They have to believe in very concrete meaningful ways that they have a future in Vietnam. But we are losing our people to trafficking and slavery.”

“We must, of course, investigate and punish those who profit from the desperation of people, but to effectively prevent this from happening again we must recognise the role of Britain in driving people into these dangerous routes. British immigration policies and border control approach have played a key part in restricting their options. With no available regular immigration pathways and the constant threat of detention and deportation in transit and upon arrival, those seeking survival in Britain become easy prey.Prosecuting individual traffickers is not enough. We need to open safe routes of regular migration and end the hostile environment.” 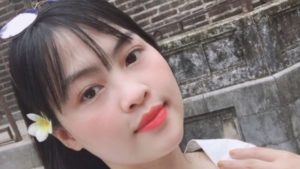 Pham Thi Tra My, 26, is feared to be one of the 39 migrants found dead inside a lorry in Essex. Her parents paid about USD38,000 to smugglers so she could go to UK to find a job. (Photo source: Phams family)

“Whether people get into the back of a lorry through their own volition or from having been forced or coerced, the ultimate penalty is death. Even when trafficking and exploitation is not the primary factor of movement, those entering the country illegally and who lack status become increasingly vulnerable and susceptible to abuse and exploitation. Awareness-raising in communities and specific source countries to deter people from putting their lives at risk would help to highlight the pitfalls of taking this dangerous course of action. Increased targeted checks at the border may also help to root out such movement and any intervention subsequently made before another disaster occurs.”

“Solving this is not simple, but obviously it’s down to the manning of ports. I know it’s difficult to check each vehicle, and it really is impossible to do one-to-one checking on these vehicles, but we can improve the manning of particular ports. Particularly in Asia, people living in poverty are promised a better life and are coming to Britain to work and send money back to their families. We need to be looking to build better relationships with these countries, realising what the root problems are there and what can be done.”

“Human trafficking is an organised crime from which criminals benefit. Demand has to be reduced through deterrence, the closing down of businesses that engage trafficked people. Simultaneously, authorities need to follow the money and identify it, confiscate it, whilst punishing the offenders. Trafficked people need to be seen as victims period. They need to be supported to give their best evidence against the traffickers, not threatened with deportation. “