You are at:Home»RC Exclusive»Ethical recruitment not yet achieved in labour migration, says expert

At least 75% of migrant workers are exploited within the traditional private sector, especially in agriculture, apparel, construction, electronics and manufacturing industries.

The migration corridors of Asia and the Gulf region have a high rate of unethical recruitment, according to migration experts and rights groups.

Experts say, the lack of ethics in the recruitment process has structurally trapped about 21 million migrant workers in forced labour and generated over US$150 billion in profits for other parties – corrupt government officials, recruitment agencies and brokers.

At least 75% of these migrant workers are exploited within the traditional private sector, especially in agriculture, apparel, construction, electronics and manufacturing industries.

This practice has made the international labour recruitment industry and its accompanying human rights risks, a focal point of concern for companies with global supply chains.

In an attempt to get a closer look at the significance of ethics in the process of recruitment of migrant workers in the destination countries in Asia, Gulf and the Middle East as a whole, Rights Corridor Dialogues has invited British human rights defender and migrant rights activist, Andy Hall for a one-on-one interview, on its May 14 episode. 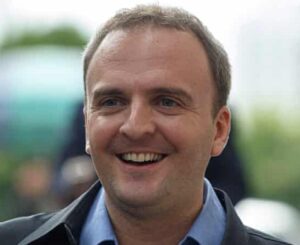 The COVID-19 pandemic has also exacerbated the issue of ethical recruitment of migrant workers in the destination countries.

“In the last couple of months, we have seen countries have started to open up, we have seen ethical recruitment challenges are really increasing because workers have to be quarantined. Workers have to take swab tests. If we look at India, for instance, they’ve cancelled flights so we’ve seen workers going to the UAE, flying via Nepal or Mauritius or Sri Lanka,” said Mr. Hall.

The migrant rights specialist has also explained how migration issues are linked to politics, as migrant workers who have voting powers could assert for their rights and make politicians listen to their demands and concerns.

“Migration issues also become linked with politics because when you have many migrant workers, you have more voting powers. Then (migrant workers) rights become an issue in politics and politicians will stand up and listen. So that is something that can be built in Asia, or in the Gulf, or the Middle East,” he said.

Mr. Hall stressed that in order to achieve ethical recruitment in destination countries in Asia, the Gulf and Middle East regions, both government authorities and business leaders of these countries must have an understanding of the causes of unethical recruitment first.

“If you do ethical recruitment, you can get a workforce that is suited for what you need and that would then make you more profitable. It can make your service provisions more effective, more profitable, more sustainable,” said Mr. Hall.

He also called on human rights groups to prioritise ethical recruitment in their campaigns as gross violations of rights are committed against many migrant workers in a global scale.

“If we look at the gloves industry in Malaysia, for instance, workers are paying US$5,000 for their jobs. That is an equivalent of two years of savings so they have to work for two years to pay off their debt. That is a gross violation of human rights,” Mr. Hall said.

“I would say to rights groups across the region that ethical recruitment needs to be prioritised more because it is essential to the decent work debate. And at the moment, we really don’t see it.”

Andy Hall is the founder of the Human Rights and Development Foundation’s (HRDF) Migrant Justice Programme. As an internationally recognised human rights defender, migrant worker rights specialist and campaigner, he is working on migrant worker rights, empowerment and modern day slavery issues in global supply chains, particularly with impoverished and exploited migrant workers from Cambodia and Myanmar. He is also the international affairs advisor to the Migrant Worker Rights Network (MWRN) in Thailand since 2009. He was an advisor on migration policy development to the Myanmar government under an EU funded migration project in 2013.